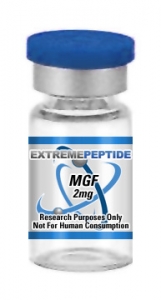 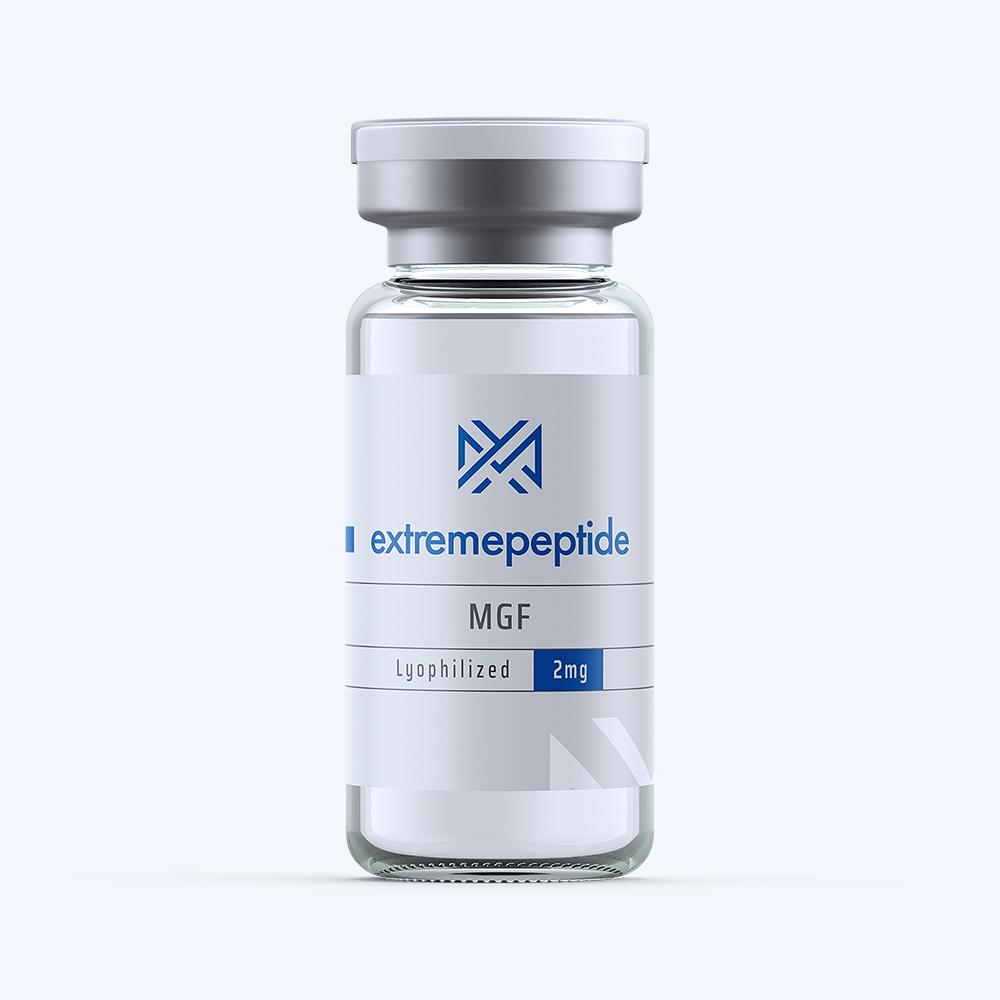 MGF is a spliced variant of the IGF gene that naturally occurs in animals. This gene increases the stem cells in muscles, causing the muscle fibers to mature and grow, a process that is necessary for adult animals to grow in size. The natural version of MGF is produced locally in an animal’s body and does not travel throughout the bloodstream.

The synthetic version of peg MGF is designed to be diluted with water so it can be injected into an animal intramuscularly so it may travel throughout the body. However, this peptide will only remain stable in the bloodstream for a matter of minutes.

Peg refers to pegylation or the act of attaching polyethylene glycol to another molecule, which in this case would be MGF. The peg connection adds a protective coating to the MGF chemical that in theory will help it move through the bloodstream without being broken down by the body.

In a natural setting, MGF is produced in an animal’s body when the muscle fibers are broken down due to resistance, such as heavy exercise.

While data is still not solidified on MGF, the use of peg on live test subjects has been approved by the FDA in experimental settings. In the study of the feces and urine of animal test subjects, the peg molecules were found and not broken down, indicating that they do not affect a natural setting.

When used in older rodents, the reduction of muscle fibers is shown to decrease the activity of satellite cells.

In similar studies using other peptides on rodent test subjects, muscle fibers injected with IGF grew by 25 percent, making it more potent. However, in these experiments MGF was found to be stronger than igf-1Ea in creating rapid muscle growth.

It should be noted that most data regarding peg MGF is theoretical at this time. In laboratory studies, the pegylation is helpful in extending the life of the chemical; it lowers the efficiency of the synthesized MGF chemical. There is also a lack of comparative data for peg MGF and other peptides because there are not currently any peptides on the market that behave in the same manner.

In some experiments, peg MGF is used in conjunction with igf or lr3igf-1, though this is not necessarily recommended or necessary.