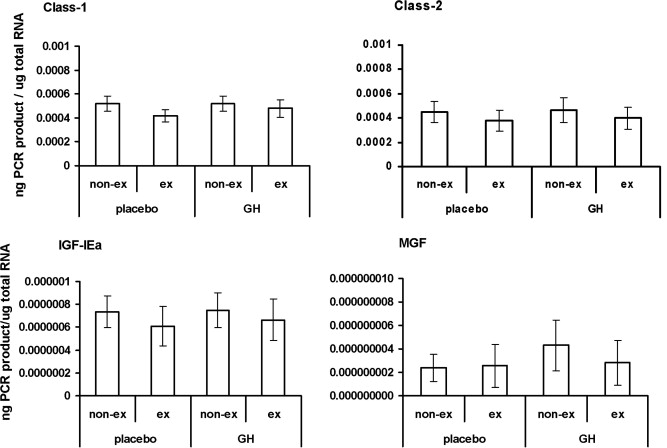 Mgf refers to mechano growth factor, a hormone that is produced in muscle tissue of animals when the muscles are trained. This chemical is considered to be an isoform of IGF-1. This spliced variant shares the mature region with IGF-1 but has a different E domain. The C-terminal sequence between these two chemicals shows a distinct variant that allows researchers to differentiate between the two bodies.

Mgf is associated with promoting healing in the muscles of animal subjects after they have been damaged. In a natural setting, the chemical can stimulate the stem and satellite cells in addition to the necessary anabolic processes to promote the growth of new tissue or muscle fibers by tissues that were not damaged.

It is believed that mgf and IGF-1 are central to the regrowth of muscle and the primary anabolic mechanism used to create new tissue.

Inability to Naturally Express Mgf Due to Mechanical Overload

Studies are investigating the response of IGF-1 signals and the capacity of skeletal muscle in an animal subject to react to the mechanical overload of this chemical by using synergistic muscle ablation.

Significant changes that could be associated with an inability of older muscles in the subject’s body to manage mechanical overload resulted in a lower expression of the splice variant applied in that area as well as the machano growth factor.

This also created a failure for these muscles to un-regulate the IGF-1 receptors, mRNA and MyoD.

Expression of Actions in Rat Cardiomyocytes

A study worked to investigate the expression patterns of IGF-1 gene in rat myocardium between one hour and eight weeks after an induced myocardial infarction that was caused by coronary artery ligation at left anterior.

Continuing research is necessary to determine how mgf varies from other naturally occurring peptides as well as how to naturally stimulate this chemical in animals.