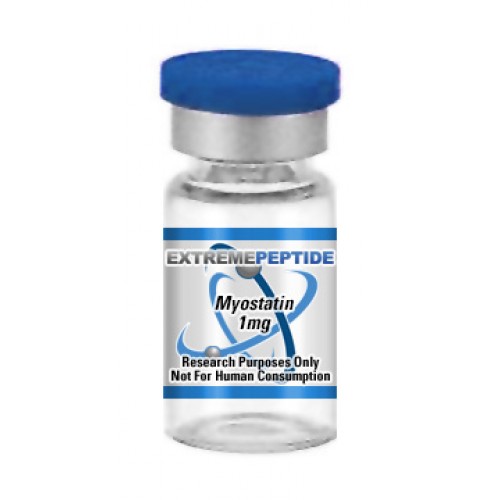 A great amount of scientific study that has been based on animal test subjects in relation to the presence of Myostatin HMP is its theoretical use as an aid in combating muscular dystrophy.

In essence, the term muscular dystrophy is an umbrella representation of a term that involves a host of muscular diseases that have been shown to weaken the muscoskeletal system and eventually slow down or even inhibit locomotion.  It is primarily characterized by the progressive weakening of the skeletal muscle, defects in muscle proteins and the death of muscle tissue and muscle cells.  The majority of the conditions that fall under this umbrella term are multiple symptom disorders that appear in the body systems including the heart, the nervous system, the endocrine glands, the gastrointestinal system, the brain, and the eyes.

The symptoms that exist behind muscular dystrophy come in varying ranges of severity.  These symptoms range from drooping eyelids, muscle spasms, arrhythmias, and poor balance to frequent falls, scoliosis, the inability to walk, and progressive muscular wasting.

There are several types of diseases that fall under the muscular dystrophy umbrella.  Some of these diseases include:

Each of these particular forms of muscular dystrophy comes with various issues that negatively impact the muscles in different ways.  In some cases, the forms of muscular dystrophy will truncate a victim’s lifespan, sometimes dramatically.  In other cases, the weakening of muscle tissue extends to vital organs such as the heart, which could tie in to the shortening of a victim’s overall lifespan.

Scientific studies that have been built on animal test subjects have looked at Myostatin HMP as a potential combatant to muscular dystrophy and the various issues that it brings because of the way it functions.  Due to the fact that the presence of the peptide works to block the expression of myostatin, it is thought that it could help make it easier for sufferers of muscular dystrophy to build and retain muscle mass and size.  This would not necessarily lead to a significant amount of increased muscle mass.  Rather, it would hypothetically be able to counteract the effects of muscle wasting that is main part of the disease, thus allowing the victim to experience a certain level of homeostasis.  Ultimately, the research that is being conducted in regards to the peptide is that it could allow for a more effective means of disease management.

Scientific study that has been based on animal test subjects have not been able to produce any concrete evidence as to whether or not there are any significant major side effects that flare up in conjunction with Myostatin HMP.  This is primarily due to the fact that the peptide itself is still in the research phase.

That being said, it has been noted through scientific study that some animal test subjects that have been used in conjunction with the peptide could potentially experience issues that are related to reproduction.  There is also the hypothetical concern that the presence of the peptide could result in muscle growth that occurs too efficiently, which could lead to excessive muscle growth.  It should also be noted that conditions that may otherwise be associated with a proliferation of muscular tissue, such as the inflammation and degeneration of existing muscle, have not been shown to improve.

There are also some studies that theorize the peptide’s ability to grow muscle could have a negative impact on tendons.  Specifically, these studies indicate that the process of blocking the inhibitors may cause tendons to become small and brittle.  It is further theorized that if the tendons become brittle, the animal test subject will be more susceptible to muscle based injuries.  However, further research is needed to make this particular determination more concrete in nature.

Nowhere But a Restricted Environment

While plenty of research and study has been conducted regarding the overall functionality and mechanics, benefits, or side effects of Myostatin HMP, the peptide is still solely intended for the use of scientific study at this point in time.  Specifically, any research and the subsequent results of such research have solely been built on scientific study that has been based on animal test subjects.  Because of this, it needs to be emphasized that any observations in relation to Myostatin HMP’s overall functionality, mechanics, benefits, or side effects should be contained to a controlled environment like a medical research facility or a laboratory only.