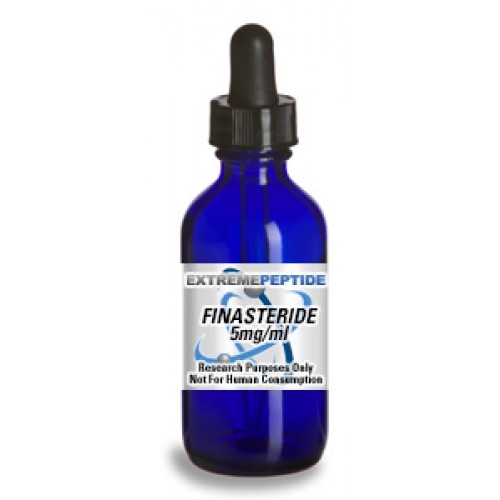 The catalog chemical Finasteride, which is sometimes known as Proscar, Propecia, or MK-906, is a type of type II 5α-reductase inhibitor, which means that it has antiandrogen effects.  In other words, the catalog chemical has been determined that blocks androgens from expressing their biological effects on responsive tissues.  Its molecular formula is C23H36N2O2, and it has a molecular weight of 372.549.  It is considered to be lipophilic in nature, meaning that it has the capacity to dissolve in fats, oils, lipids, and other non-polar solvents.

According to scientific study based on animal test subjects, it has been determined that Finasteride has been shown to be an inhibitor of a specific type of isoenzyme.  What this means is, it inhibits an enzyme that serves as a variant from a normal amino acid sequence, but it nonetheless catalyzes the same type of chemical reaction.  In the case of Finasteride, it has been shown that the presence of the catalog chemical serves to inhibit the expression of 5α-reductase.  This process causes a prevention of the conversion of testosterone into DHT, which is sometimes known by its formal name of dihydoestosterone.  DHT has been shown to be responsible for controlling and regulating the development, growth, and changes associated with specific functions as they relate to the male animal test subject.

These functions typically involve the following:

Scientific study based on animal test subjects has indicated that the presence of Finasteride does lower the levels of DHT.  However, it does not completely suppress the production of the enzyme entirely.  The reason for this partial reduction is due to the fact that while the catalog chemical does show inhibitory effects on the type II 5α-reductase isoenzyme, it does not show significant inhibitory effects on the type I 5α-reductase isoenzyme.  Studies have determined that the catalog chemical possesses an affinity for the type I version that is 100-fold less than the affinity that it has for the type II version.

Bcause Finasteride possesses the capacity to inhibit the production of DHT, scientific study based on animal test subjects has determined that the catalog chemical’s presence causes a reduction of androgen activity within the scalp.  Furthermore, it has been determined to cause a lowering of the volume of the prostate gland in male animal test subjects.  Additionally, it has been shown to reduce the weight of the epididymis in addition to reducing the motility and normal morphology of the spermatozoa in the epididymis.

Because of the nature of Finasteride and the way it has been shown to inhibit the production of DHT, scientific study based on animal test subjects has determined that the catalog chemical’s presence could play a vital role in providing aid to a host of issues that are related to the enzyme’s production.

For example, it has been determined that the presence of Finasteride could help treat benign prostatic hyperplasia, the condition that is informally referred to as an enlarged prostate.  Because it has been shown to lower prostate volume in male animal test subjects, it is thought that the presence of the catalog chemical could be vital in slowing down prostate enlargement.  This could in turn make the catalog chemical useful in slowing down a wide range of issues relating to the urinary tract, such as hesitation at the start of the urination process, difficulty urinating, and the decrease in urinary flow.

It has also been theorized that Finasteride’s presence could play a vital role in the treatment of hair loss.  Because the catalog chemical has been shown to reduce androgen activity in the scalp, it is hypothesized that the reduction would slow down the process that is responsible for causing hair follicles to stop functioning properly. 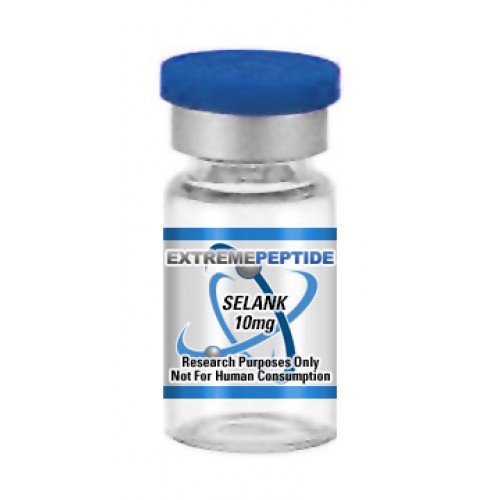 Scientific study based on animal test subjects has determined that there has been a link between Selank and brain-derived neurotropic factor, also known as BDNF. This particular protein, which is encoded by the BDNF gene, is determined to be part of the neruotrophin family of growth factors, which in turn are linked to the canonical Nerve Growth Factor. Studies that have been built around the hippocampus of rats (that is, the part of the brain responsible for processing spatial navigation and consolidating information from short-term memory to long-term memory) have shown that the presence of the peptide can cause a rapid boost of the expression of the protein. This increased boost can theoretically improve the following processes:

Ultimately, an increase in BDNF could lead to a more stabilized means of processing and retaining long-term memory. As such, it has been thought that the presence of Selank could be an effective aid in the ongoing study of certain memory impairment-related conditions, such as Alzheimer’s disease.

Typically, Selank is presented in the form of lyophilized powder; that is, a powder that has been freeze-dried. In terms of solubility, the peptide has been determined to be soluble in either water or in 1% acetic acid.

In terms of Selank administration, it should be noted that the peptide cannot be introduced orally. The reason for this is because it is a peptide that would be hydrolyzed and in essence broken down to its base amino acids within the animal test subject’s gut.

In the latter form of administration, it is important that Selank is dissolved into a soluble substance that will not interfere with the peptide’s overarching functionality. It has been shown that the peptide, when administered in this manner, is quickly absorbed by the animal test subject’s nasal mucosa, and ultimately the blood plasma, where it is carried throughout the test subject’s vascularized organs.

Although there have been no major negative side effects associated with Selank, there has been some ongoing scientific study on animal test subjects that has set out to determine whether or not the absence of the peptide could be linked to anhedonia after the testing period. Anhedonia essentially is defined as the reduced ability to experience pleasure, and it has been thought that because Selank has been linked to improving various forms of cognitive thought, it has been theorized that the animal test subject can experience a lack of motivation once the peptide wanes. With this being said, the results of this theory are currently inconclusive, as there is currently a lack of long-term data to support this hypothesis one way or the other.

Purchasing a Peptide Such as Selank

There are in essence three basic metrics that should always be at the forefront of the purchase of any peptide such as Selank.

The first metric is the assurance of the peptide’s purity level; specifically, the higher the purity in this case, the better the peptide. A lower purity percentage peptide may cause an increase in research variance, which could end up compromising the overarching integrity of the research data.

Secondly, it is always a good idea to ensure the proper amount of peptide that is needed for the duration of the research. This does require the person conducting the study on animal test subjects to have a solid bead on what goals are being set out to meet. Anything else ordered that goes beyond this set parameter would be considered a waste of peptide.

Finally, it is always important to double check with the supplier to make sure that the proper research materials with the peptide are being delivered. This simple step will go a long way in eliminating the guesswork about a peptide’s administration or storage properties once it has been received.

The peptide Selank is considered to be a heptapeptide.  What this means is, it is a peptide chain that is consisting of seven amino acids.  It contains a molecular mass of 751.9, a sequence of Thr-Lys-Pro-Arg-Pro-Gly-Pro, and it has a molecular formula of C33H57N11O9.

Selank at a Glance

According to scientific study that has been conducted on animal test subjects, it has been shown that the way in which Selank operates allows it to have the capacity to boost the secretion of serotonin.  This is the neurotransmitter that is tied to several elements that are linked the regulation of the following functions:

The presence of the peptide has been shown to produce an increase of serotonin’s release, which in turn means that it boosts the efficiency in the way in which serotonin operates.  This ultimately means that the animal test subject can ultimately experience a more efficient means of achieving homeostasis in the functions that are linked to serotonin.

It has also been determined through scientific study based on animal test subjects that Selank has the capacity to modulate the expression of a secretion known as interleukin 6.  This particular secretion, which is expressed by white blood cells in an animal test subject, has the capacity to act as either a pro-inflammatory cytokine or an anti-inflammatory myokine, depending on the situation.  Interleuken 6 has been shown to play a vital role in the stimulation of the immune response in the midst of infections or in the aftermath of trauma, especially during instances of tissue damage leading up to infection.  Because Selank has the ability to modulate interleukin 6’s expression, it is determined that it can produce a more efficient means of fighting off infection and speed up the immune process.

Because of the way in which Selank has been shown to function, scientific study based on animal test subjects has determined that the peptide’s presence could make it instrumental in various treatments.

Because of its relationship with serotonin and monoamine neurotransmitters, it has been determined that the peptide could have the capacity to play a key role in fending off various emotional anxiety disorders, such as depression.  Furthermore, it has been determined that the peptide’s presence could yield a stabilization of mood, which could create a more consistent sense of well-being.  Plus, it has been theorized that Selank’s relationship to cognitive thought could produce an increase in various functions that correlate to cognition.  Some of these functions include an increase in mental clarity, a boost in sensory attention, and a boost of learning and various memory processes.

It has also been perceived that Selank could potentially provide treatment and aid from various sleeping disorders.  The reason for this theory is due to the way in which the presence of the peptide has been shown to boost the overall functionality of neurotransmitters.

It should also be noted that while these scientific studies on animal test subjects have yielded various theoretical benefits, they have also yielded the notion that the peptide causes very little negative side effects.  The ones that have been caused has been mild in nature, such as fatigue.