Letrozole is an aromatase inhibitor that may have benefits in managing hormonally-responsive breast cancer in animals. In scientific studies it has been indicated that letrozole may be used for ovarian stimulation because it has fewer side effects than Clomiphene Citrate and fewer changes of causing multiple gestation. Some studies indicate that letrozole may have a lower risk of birth defects in lab rats than chemicals applied for similar purposes.

Studies have also focused on letrozole as a potential option to address gynecomasstia if this disease is in the early stages of treatment, as well as a potential way to manage spermatogenesis.

However, it is important to note that this chemical should not be used outside of a scientific setting and is not yet approved for use on humans or studies on humans.

Influence on Complexation and Hydroxybutenyl-beta Cyclodextrin

When letrozole was applied in the rat test subjects in capsule form the HBenbetaCD, presence resulted in a higher absolute oral bioavailability. This implies that the solubility limits in the extent and rate of letrozole absorption exist for male rats, but are not limited in the rate of absorption for female rats.

Induced Polycystic Ovaries in the Rat

These results are not fully convincing in the study of polycystic ovaries or PCOS. However, this is a vital step in developing an animal model that could be used to study polycystic ovary syndrome in humans without the need for human test subjects.

Letrozole is still in the testing phase. There are no approved doses or applications of this chemical that are approved for use in humans or outside of a research setting.

What may be the most interesting aspect of ghrelin (and therefore GHRP-6) is the huge variety of roles it plays in biological functions. It is involved in processes in lab rats that include appetite regulation, cardiac functions, gastrointestinal functions, metabolism of carbohydrates, and even has some behavioral effects.

GHRP-6 fills many of ghrelin’s roles, but does not fill all of them. It has been largely shown to focus on the release of GH. Of all synthetic peptides, GHRP-6 is the most ghrelin-like.

When ordering GHRP-6, be sure to choose a research company that:

Settle for nothing less than the best in quality peptides. 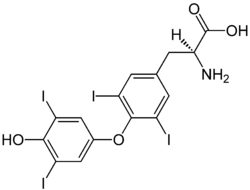 Levothyroxine is often used in research environments to better understand the treatment options for thyroid hormone deficiency in animals. Some studies have indicated that this chemical may have a future use in helping to prevent reoccurring thyroid cancer in such subjects.

Levothyroxine, used in research settings, is typically a synthetic chemical that attempts to mimic the natural secretions which exist in the body. Research is ongoing to better determine the proper way to manufacture these chemicals so they are as accurate as possible when compared to their natural counterparts. This will help both to get accurate results in studies while minimizing side effects in test subjects.

The study aimed to determine whether maternal subclinical hypothyroidism would impair the spatial learning in the subsequent offspring.

Groups that were exposed to levothyroxine saw minimal effects on the offspring’s spatial learning as compared to the control groups. While it was determined that maternal subclinical hypothyroidism would impair the spatial learning of the offspring, treatment early on in the pregnancy could potentially offset this effect.

The study aimed to investigate how maternal subclinical hypothyroidism would influence a developing brain in subjects and whether levothyroxine has potential as a treatment option for this condition.

These conclusions indicate that the maternal presence of hypothyroidism will affect memory and learning in the offspring. However, treating with levothyroxine early in the pregnancy may help to prevent these cells from migrating to the brain where they can cause such damage.

Currently, levothyroxine is not approved for use in humans or study on humans. Dosages and official usage information is not available.