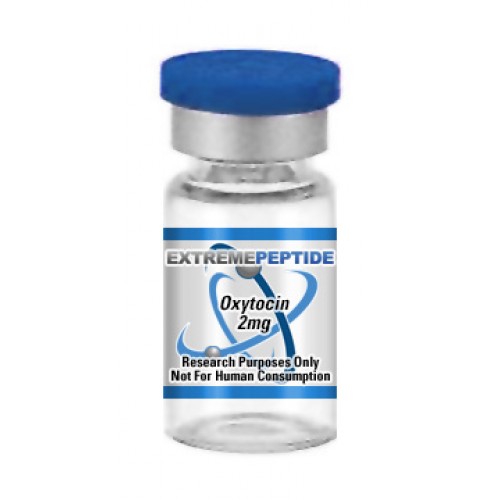 Oxytocin is a neurohypopysial peptide that is considered a nonapeptide, meaning that it consists of nine amino acids.  It is occasionally is known as Oxt.  It primarily acts as a neuromodulator within the brain of animal test subjects, meaning that it uses on ore more neurotransmitters in order to regulate diverse populations of neurons.   It has a molecular mass of 1007.19, and it possesses a molecular formula of C43H66N12O12S2.

Oxytocin at a Glance

According to scientific study that has been conducted on animal test subjects, it has been determined that Oxytocin is produced by the hypothalamus, which is the segment of the brain that links the endocrine system to the nervous system through the pituitary gland.  It has also been determined that the peptide is stored and secreted by the posterior pituitary gland, which is the pea-size gland that is located on the bottom of the hypothalamus at the base of the brain which is responsible for the regulation and control of a host of system-related functions, such as metabolism, pain relief, and sexual organ regulation.

The peptide itself is processed as a non-active precursor protein from the OXT gene.  This particular protein includes neurophysin I, which has been determined to be an oxytocin carrier protein.  It has also been determined that it gets progressively hydrolyzed into smaller pieces through a series of enzymes.  The last hydrolysis that expresses the active oxytocin nonapeptide is catalyzed by peptidylglycine alpha-amidating monooxygenase.

It has been noted that the peptide is created in magnocellular neurosecretory cells of the suparoptic and paraventicular nuclei.  After it has been successfully stored in Herring bodies at the posterior pituitary’s axon terminals, it is expressed into the blood via the pituitary gland.  The axons that express the peptides express have collaterals that innervate oxytocin receptors within the nucleus accumbens, which is the region in the basal forebrain rostral to the hypothalams’s preoptic area and is responsible for regulation behaviors like reward, reinforcement, fear, and aggression.  It has been theorized that peripheral hormonal and behavior brain effects of the peptide happen through its common release via these axons.  Furthermore, it has been determined that Oxytocin receptors are expressed by neurons through many different parts of the brain and the spinal cord, including the amygdala, septum, brainstem, and venromedial hypothalamus.

It has also been noted through scientific study based on animal test subjects that oxytocin is packaged within the pituitary gland in large, dense-core vesicles where it is tied to neurophysin I.  It has also been noted that the actual secretion of the peptide from the neurosecretory nerve endings is controlled by the electrical activity of the oxytocin cells within the hypothalamus.  These particular cells create action potentials that spread axons out to the pituitary gland’s nerve endings.  These endings contain a significant amount of oxytocin-containin vesicles, which are in turn released through the process of exocytosis once the nerve terminals are depolarized.

It has also been determined that cells that contain oxytocin exist in several tissues throughout an animal test subject’s body.  Some of these tissues include:

Scientific study based on animal test subjects has determined that Oxytocin that is expressed from the pituitary gland cannot re-enter the brain after expression.  As such, it is thought that the actual behavioral effects that have been associated with the peptide’s presence stem from a release from centally projecting oxytocin neurons that are different from those that project to the pituitary gland.

One of these behaviors that are associated with the presence of Oxytocin is the process of sexual arousal.  Studies that have injected the peptide into the cerebrospinal fluid of male laboratory rats have resulted in the rodents achieving spontaneous erections.  Conversely, it has been shown that the introduction of the peptide boosts lordosis behavior within female rats, which points to an increase in sexual receptivity.

Another behavior that has been linked to the peptide’s presence is various behaviors linked to attachment, such as bonding and maternal behavior.  Scientific studies that have been conducted on animal test subjects have shown that suppressing the peptide’s presence in females after giving birth do not exhibit typical behaviors that are routinely associated with maternal actions.  Conversely, similar studies that introduce a greater influx of the peptide induce maternal behavior in virginal animal test subjects. 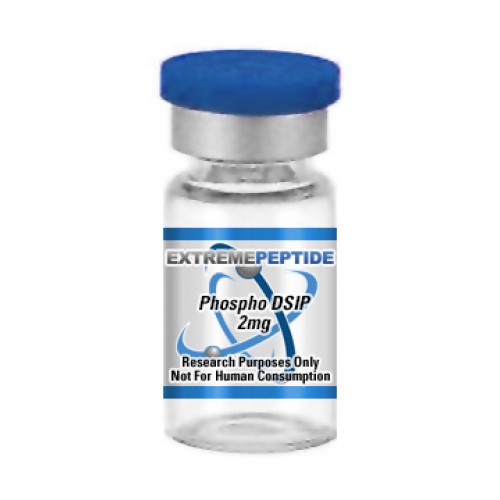 It has also been theorized via scientific study based on animal test subjects that Phospho DSIP could play a vital role in stemming the tide of various behaviors associated with depression.  Specifically, studies that have been built around this particular metric has honed in on the peptide’s hypothetical ties to major depressive disorder.  Also known as clinical depression or major depression, this condition is a mental disorder that is marked by a persistent and pervasive low mood accompanied by low self-esteem and a loss of interest or pleasure normally derived from enjoyable activities.  The reason for this particular theory stems from several studies that determined the levels of the peptide in the plasma and cerebrospinal fluid are wildly different from the norm in cases where the condition is theorized to be present.

Some scientific study that has been based on animal test subjects has been theoretically able to link the presence of Phospho DSIP to the condition of epilepsy; a group of long-term neurological disorders that is characterized by episodes of epileptic seizures.  The hypothesis is derived from a scientific study that was conducted on lab rats that were injected with metaphit, a research chemical that can induce seizures in laboratory rodents.  The results of the studies indicated that the presence of the peptide acted as an anticonvulsant with the affected rats, as it decreased the incidences and the duration of epileptic fits by a significant amount.  The results of this particular test led to the notion that the presence of the peptide could act as a potential treatment for epilepsy.

There have also been some scientific studies that have been based on animal test subjects that suggest the peptide has been shown to help aid in the treatment of a host of sleep-related ailments.  The chief sleep disorder that the research has focused on in relation to the peptide is narcolepsy; a neurological disorder that inhibits the brain’s ability to regulate sleep-wake cycles on a normal basis.  These particular studies have indicated that the presence of the peptide has allowed the brain to regulate disturbed sleeping patterns on a significantly more efficient basis.

Other Forms of Phospho DSIP-Based Study

It has also been theorized that Phospho DSIP can potentially aid in the treatment of opiate and alcohol dependence.  The impetus behind this theory is due to the notion that the peptide can act antagonistically on opiate receptors.  Because of this relationship, it is theorized that the peptide could block the types of addictive behaviors that tend to develop in the dependence to opiates and alcohol.

What’s more, it should be noted that there have been not significant side effects that have been associated with the presence of the peptide.

Set Aside for Scientific Research

It should be emphasized that despite the extensive amount of research and study that has been conducted in order to pinpoint the functionality and mechanics of Phospho DSIP, it is only intended for the sole use of scientific study at this time.  All of the research and findings that have been determined and discussed are completely built around the scientific study on animal test subjects.  Because of this, any findings or observations that can be tied to Phospho DSIP’s overall functionality, mechanics, or theoretical benefits should exclusively be contained to a laboratory, a medical research facility, or another strictly controlled environment in this vein.