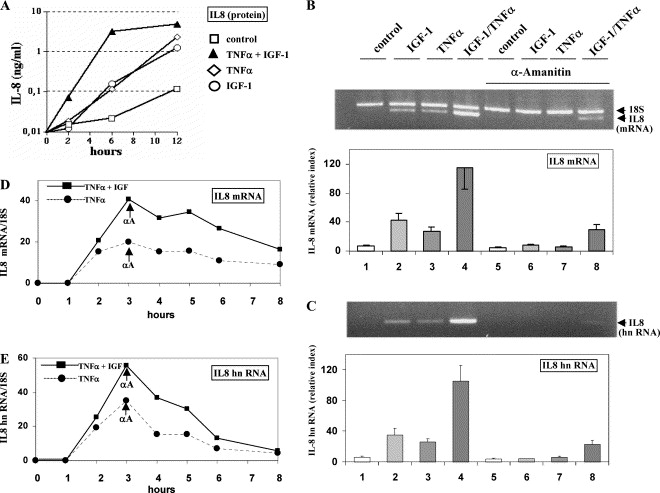 Igf-1 lr3 refers to the recombinant that is produced in E.Coli as non-glycosylated, single, polypeptide chain. This chemical has growth factors that comprise of an entire family of peptides, each of which are essential for growth and development in mammals.

Studies have indicated that some hormones will not directly stimulate the incorporation of sulfates into the cartilage. Instead they would act as a serum factor which is now known as somatormedin. Studies are ongoing to determine the proper levels to administer artificial versions of these chemicals to correspond with the natural activities in the body.

Effects on Protein Synthesis in the Skeletal Muscle of Rats

The actions of IGF-1 on the protein turnover rates as well as the IGF-1 receptors were monitored in the skeletal muscles of rats that suffered from sham operated pair-fed controls and chronic renal failure.

Data from this study indicated that the skeletal muscle in rats with CRF has a resistance to IGF01, effect which impacts the protein synthesis and degreased IGF-1 levels. IGF-1R mRNA will increase, but the activity of the IGF-1R tyrosine kinase will be impaired– which implies that the post receptor defect can cause this resistance.

Effects of Potents on Diabetic Rats

Effects of graded applications of IGF-1 in two variants known to poorly bind with IGF proteins were examined to determine the effects of streptozotocin-induced diabetes in rats.

The application of the chemical saw an increase in muscle protein-synthesis rates and RNA levels increased by half. Insulin treatment was noted with a decrease in glucosuria and excretion. This implies that IGF-1 and its variants are capable of restoring growth in diabetic rats.

In most applications, igf-1 lr3 will exert biological activity at concentration ranges of .2-20 ng, which corresponds to the natural levels found in the body of animals. However, higher concentrations are often used during studies to better understand the effects of these chemicals on animal subjects.