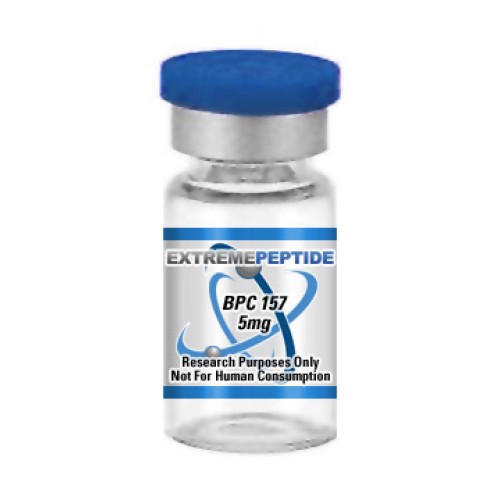 BPC 157 is a pentadecapeptide, meaning that is comprised of a chain of 15 amino acids.  It has been determined to be a partial sequence of body protection compound (BPC) that can be isolated from gastric juices located in animal test subjects.  It possesses a molecular mass of 1419.53552, and its molecular formula is C62H98N16O22.  It can be referred to by the alternate names BPC 15, BPC-157, or Booly Protection Compound 15.

Because BPC 157 has proven to be isolated from gastric juices, it should not be a surprise to find that various scientific studies that have been conducted on animal test subjects have been able to pinpoint several links between the peptide’s presence and digestive tract functionality.  Specifically, it has been determined that BPC 157 exhibits the capacity to regulate and control the manner in which the digestive tract can operate.  One of the ways that BPC 157 accomplishes this is through safeguarding the endothelium, which is the thin layer of cells that line the blood vessels’ interior surface.  Another way the peptide carries out regulatory function is by being a key factor in the process of angiogenesis; that is, the process in which new blood vessels are formed from pre-existing blood vessels.  This latter process is further bolstered by BPC 157’s ability to form granulation tissue; this term references the new connective tissues and tiny blood vessels that develop on the surface of wound, thus making the peptide an important piece to the overall wound healing process.  Further studies have also shown that the peptide’s inherent functionality allows it to contain anti-inflammatory properties.  Additionally, these studies have determined that BPC 157 can also help in the regulation and control of blood flow throughout an animal test subject’s gastro-intestinal tract.

The anti-inflammatory qualities that BPC 157 has been shown to contain has enabled scientific study that has been conducted on animal test subjects to derive several ways in which the peptide plays a vital role in combating inflammatory concerns throughout the gastro-intestinal tract.

One of the primary roles that the peptide could conceivably play is in relation to reducing the effects of conditions that are tied to inflammatory bowel disease; a group of complex vascular tissue responses that center on the small intestine and the colon.  Some of the more prominent conditions in this regard include:

Another key condition in which BPC 157 is said to lessen is esophagitis.  This potentially serious condition is marked by the inflammation of the esophagus.  This act of inflammation could make the rudimentary process of swallowing difficult.

Several negative processes involving the gingival, or gums, has also been shown to be somewhat quelled by the inherent properties of BPC 157.  Scientific study that has been conducted on lab rats has determined that the peptide exhibits an ability to lower the instance of fluid leakage that may occur around the teeth as a result of area inflammation.  What’s more, the peptide has also been shown to reduce a process known as alveolar bone resorption, meaning that there is a lower instance of calcium being released from bone fluid and entering the bloodstream.  These studies also show that these processes occur without any blood circulation alteration in healthy gingival.

Additional scientific study that has been based on animal test subjects has determined that BPC 157’s processes relating to angiogenesis enable it to elevate the level in which a wound can be repaired.  Studies that have been built around rat Achilles tendons that were cut transversely have shown that the presence of the peptide greatly accelerated the outgrowth of tendon explants.  Furthermore, these studies have determined that the presence of the peptide can also promote cellular survival in various scenarios built around wound-based trauma.

The current use of the peptide is solely intended for scientific research purposes and nothing more.  Any findings or observations relating to BPC 157’s overall functionality the determinations that can be derived from such observations should be exclusively contained to a strictly controlled environment such as a laboratory or a medical research facility.