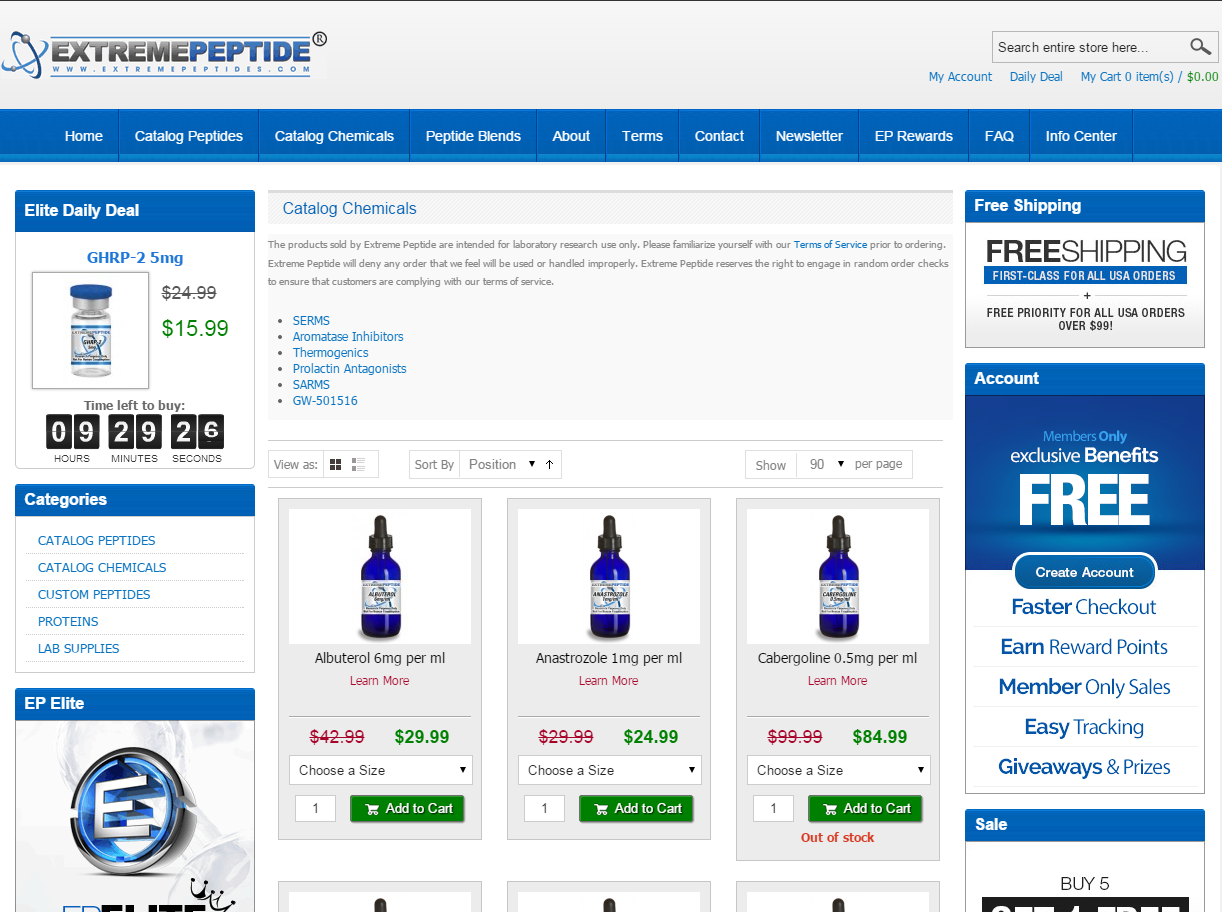 Hexarelin is a secretogogue peptide that is considered to be a hexipeptide.  What this means is, its structure is comprised of a chain of six amino acids.  It has a molecular mass of 1024.2, and its molecular structure is C50H69N15O9.  It is sometimes known by the name Hex.

Hexarelin and the Brain

According to scientific study that has been based on animal test subjects, Hexarelin is known that it does act in conjunction with two key segments of the brain.  The first segment of the brain is the pituitary gland.  This pea-sized gland that is located at the bottom of the hypothalamus at the base of the brain is responsible for the overall regulation and control of several endocrine system-based processes, from growth and metabolism to pain relief and temperature regulation.  The second segment of the brain is the hypothalamus itself.  This part of the brain serves to link the endocrine system with the nervous system via the pituitary gland.

Hexarelin and the Liver

What’s more, it has been determined that Hexarelin’s presence has been shown to deliver an uptick in the secretion of the liver-based protein known as IGF-1.  Also known as Insulin-like Growth Factor-1 or Somatomedin C, this peptide has been shown to play a vital role in the growth and repair in the muscles and tissues of animal test subjects.

Even though it has been determined through scientific study based on animal test subjects that Hexarelin does work in conjunction with the pituitary gland, hypothalamus, and the liver, it has yet to be determined how exactly the peptide can derive at creating such a working relationship.

That said, this unknown quantity has not prevented scientific study from deriving a few hypothetical benefits in relation to the way in which the peptide can function.  Because of the relationship that it fosters, it has been determined that the presence of Hexarelin is theoretically capable of producing the following boosted processes:

Hexarelin and the Heart

One of the key levels of focus in terms of scientific study that has been based on animal test subjects relates to the correlation that seems to exist between the Hexarelin and the heart.  The research suggests that it could very well contain properties that could contain certain protective cardio-based effects.

Ultimately, these conclusions indicated that Hexarelin exhibited an elevated capacity to cut down the damage that could happen to the cardiovascular system when it stems from growth hormone efficiency.  This has led to the thought that the peptide could play a vital role in the preventative care for growth-hormone issues that relate to various cardiovascular-based concerns, up to and including serious issues such as recovery in the wake of a heart attack.

The peptide is only intended for the use of scientific study at this point in time.  Therefore, any findings or observations that relate to Hexarelin’s overall functionality, mechanics, or theoretical benefits, should only be contained to the strict confines of a controlled environment such as a medical research facility or a laboratory.